Firing On All Cylinders

We're a Mustang family at my house so as soon as I saw this new stamp from Unity Stamp Co I had to get it. It's of a 1966 Mustang Convertible but I colored it in using our former 1965 Mustang Coupe for inspiration. We belonged to the Kitsap Mustang Club in WA state when we had the '65 and it used to drive hubby crazy when people called the car orange, as the official color was called  Poppy Red. The 66 Mustangs did not have the Poppy Red option so I took creative license when coloring this image :) Besides the '65 we've also owned a 2001 Mustang Convertible, we currently have a 2016 Mustang GT and right before we met hubby had a 1968 Mustang Coupe (my favorite year, I LOVE the '68 Stangs!).

The current sketch at Freshly Made Sketches was the perfect way to use this stamp for the first time! I love the big panel in the sketch that lets you highlight any image you want! 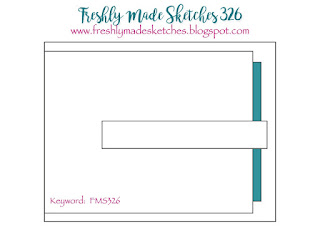 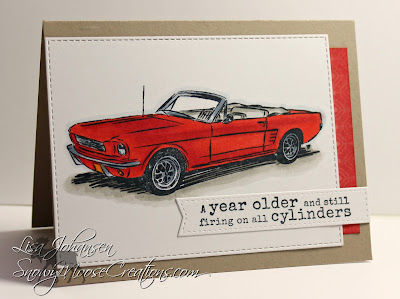 And the inspiration for my card, the 1965 Mustang Coupe we owned when we lived in WA state. 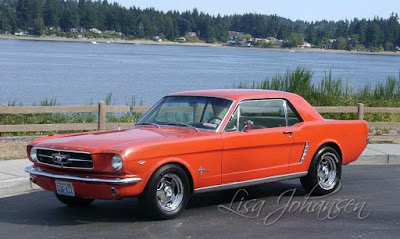 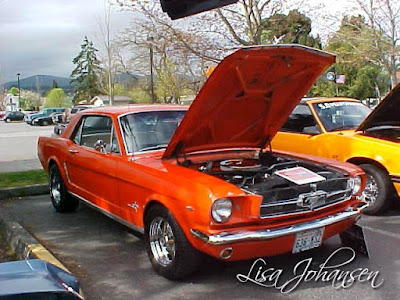