The minute I saw the current challenge at Jingle Belles I was so excited, as I am a big fan of Christmas books and movies! They want us to create a card based on a Christmas book or for those who aren't big on reading, use a TV show or movie.

The Polar Express is the first thing that popped into my head when I saw the prompt. I absolutely adore the book and also own the movie. My kids are 20, 18 and 15 but every year we sit down on the couch on Christmas Eve and we read The Polar Express(along with 'Twas The Night Before Christmas). We each take turns reading a page and its just a wonderful tradition to have every year. I love that even at their ages my kids get excited and ask me and their dad "can we read the book yet? Is it time for the books?". Hopefully someday they'll be reading the book with their own children!

Putting a card together to represent the book was the hardest part for me and its taken several days for me to even be remotely happy with what I came up with. I originally planned on a card that had a train sitting in front of houses with snow falling and well, when I started to make that card it looked like crap and I got disgusted with myself and threw it away. Then I tried just a train image surrounded by snow and again, hated how it was coming out so that went in the trash also.

After talking with my 15 year old son I decided to use a bell. We are big believers in Santa in this house (you don't get presents if you don't believe in Santa!) and the bell is such a perfect representation of the magic that one carries in their heart for Christmas. I cut out the bell with my Cricut and then proceeded to get crafters block again. I tried putting the bell with some designer paper...didn't like it. I tried putting it with the word "believe"......didn't like it. I finally embossed another strip of Night of Navy, embossed it with the retired SU folder Snow Burst and made that my top layer. I then used the SU MDS program to print out the last lines of the book " The bell still rings for me, as it does for all who truly believe". I put that across the bottom of the card and then used some ribbon to divide the panels. I then took the bell and popped it up with dimensionals on the top half of the card. I called my son in to see what he thought and he approved so that's it, card done! I haven't been this frustrated with an idea for a card in a long time! 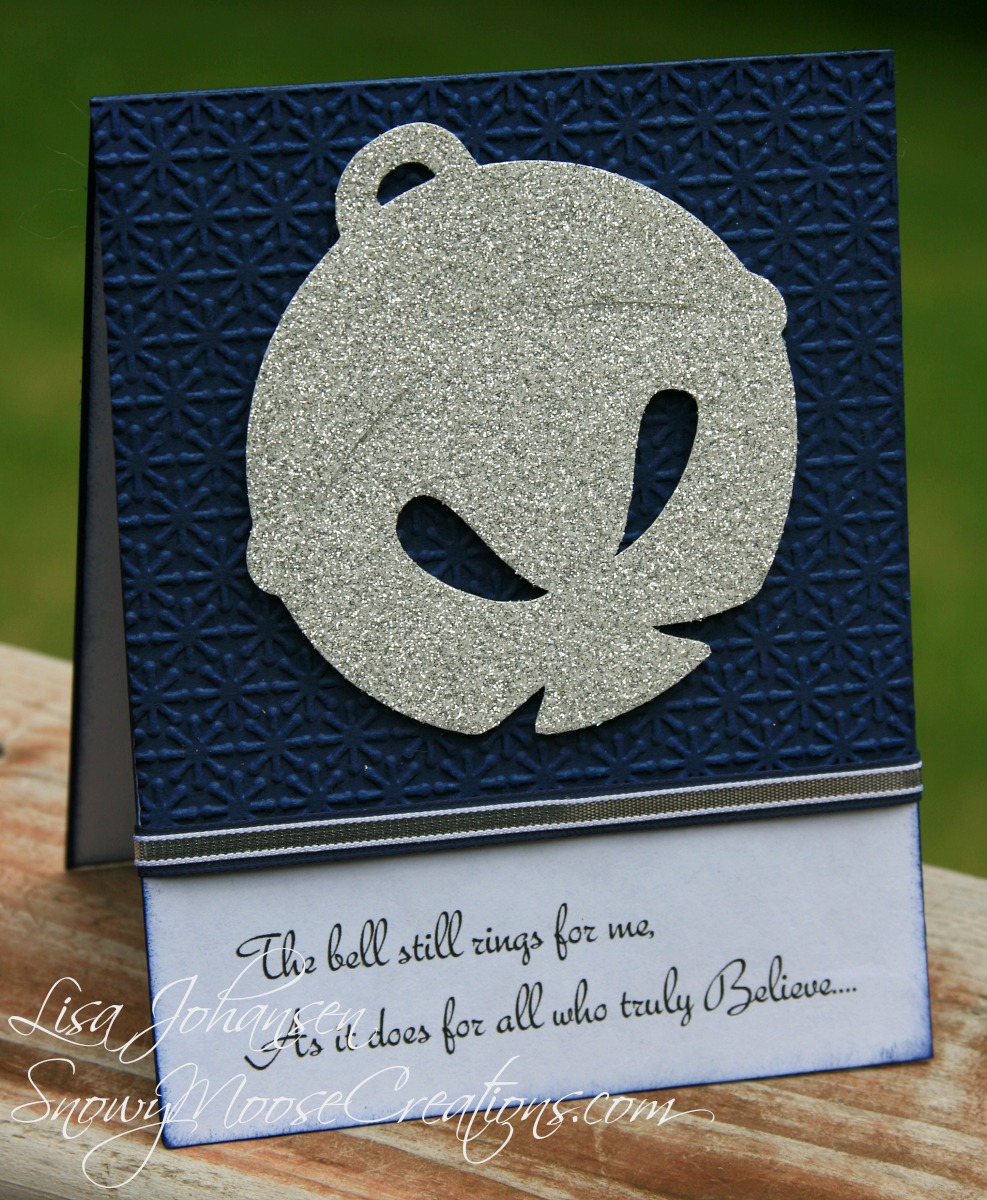